in the early days of the internet era, a website was pretty standard. Website software was still in its infancy. In the years that followed, the internet was further developed into what it is today. In 2001 the French programmer Michel Valdrighi launched the foundation of WordPress which was little more than a small blog program called b2. This has not worked for more than a year after which he focuses on other projects. However, it was not until around 2004 that WordPress saw the light of day and developed into much more than a simple blogging program. In the beginning of WordPress I personally did not like it and used another cms. But now I am a big fan of Divi theme and Divi page builder. It is going too far to list the complete history of WordPress website builder and all page builders here.

But first the question, what is a page builder? A page builder is a plugin for WordPress that is used to create a website in a simple way, not with code but with drag and drop. The most used nowadays are Elementor and Divi. Elementor is the only one of the two to have a free version, although it does have quite a few limitations compared to the pro version. Divi unfortunately does not have a free version.

After I tested the free version of Elementor, I came into contact with a colleague website builder who uses Divi. She made me look at what Divi could do for me and the results were amazing. What struck me most was the simplicity of use and the possibilities that Divi could offer me. But unfortunately, there was a big but. Divi is not free. So what followed was to look at the prices of the pro version of both packages and see if either one has any added value over the free version of Elementor. The latter gave me considerable limitations when making a website. Anyway, what are those prices?

Let’s start with the Elementor Pro version. At the time of writing, Elementor has three prices: $49, $199, and $399. However, these are annual rates and you will have to pay them again every year. Unfortunately, Elementor does not have a one-time rate. Divi has it at two rates. An annual rate of $89 and a lifetime rate of $249. What this shows is that with Divi you lose the same as Elementor after a year and a half, only you continue to pay with Elementor and not with Divi, and is therefore much cheaper in the long run.

Additional benefits of Divi and conclusion

Divi is more than just a page builder. It is actually a theme and a page builder. Not only that, but Divi comes with free extra modules and many layouts to get started easily. In addition, there are many free downloads available and many communities to learn from other users. You can also customize Divi even more with some use of HTML and CSS. In my opinion, this is the cheapest and best page builder for WordPress as far as the pro versions are concerned. On the website of elegant themes, there are demos available that give you more insight into the power of Divi. 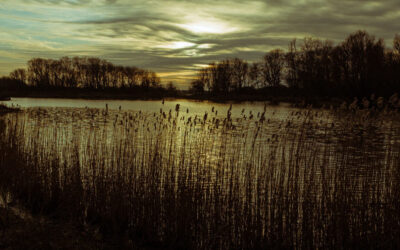 Photography for beginners, What you need to know

The basics of the camera When I started shooting, this camera had 2 settings, aperture and shutter...

END_OF_DOCUMENT_TOKEN_TO_BE_REPLACED

Flash in the studio

Studio filters with 1 flash base So today a blog with an explanation about using 1 flash in the...

END_OF_DOCUMENT_TOKEN_TO_BE_REPLACED 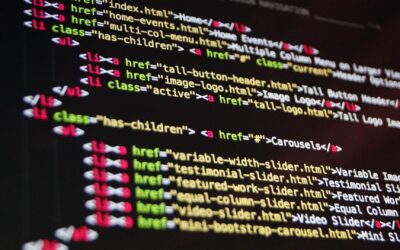 What is HTML? HTML stands for Hyper Text Markup Language and is a markup language that tells the...

END_OF_DOCUMENT_TOKEN_TO_BE_REPLACED

We use cookies on our website to give you the most relevant experience by remembering your preferences and repeat visits. By clicking “Accept”, you consent to the use of ALL the cookies.
Do not sell my personal information.
Cookie SettingsAccept
Manage consent

This website uses cookies to improve your experience while you navigate through the website. Out of these, the cookies that are categorized as necessary are stored on your browser as they are essential for the working of basic functionalities of the website. We also use third-party cookies that help us analyze and understand how you use this website. These cookies will be stored in your browser only with your consent. You also have the option to opt-out of these cookies. But opting out of some of these cookies may affect your browsing experience.
Necessary Always Enabled
Necessary cookies are absolutely essential for the website to function properly. These cookies ensure basic functionalities and security features of the website, anonymously.
Functional
Functional cookies help to perform certain functionalities like sharing the content of the website on social media platforms, collect feedbacks, and other third-party features.
Performance
Performance cookies are used to understand and analyze the key performance indexes of the website which helps in delivering a better user experience for the visitors.
Analytics
Analytical cookies are used to understand how visitors interact with the website. These cookies help provide information on metrics the number of visitors, bounce rate, traffic source, etc.
Advertisement
Advertisement cookies are used to provide visitors with relevant ads and marketing campaigns. These cookies track visitors across websites and collect information to provide customized ads.
Others
Other uncategorized cookies are those that are being analyzed and have not been classified into a category as yet.
SAVE & ACCEPT